Showing posts from September, 2009
Show all

- September 27, 2009
So I love Michael Buble. MB has a new song out called "Haven't met you yet". The song is pretty much about the quest for love but one line in the song stood out to me. MB sings, " I'm not surprised, not everything lasts, I've broken my heart so many times, I've stopped keeping track".

Ok so I liked the fact that he used "I" instead of "She". See as humans we always say, she/he broke my heart. But his use of I made me think that he probably used it the right way. At what point do we take responsiblity in our part for a break up. I mean I am sure there are exceptions when one party is totally blindsided but in most cases I think we can equate it to same way we say noone can hurt your feelings unless you let them, can this be applied to this too? Bear with me cuz I haven't fully thought this out.Like I said, I am sure there are blindside situations but for the most part there are signs(right?) and if we choose to ignore them and…
5 comments
Read more

The Pursuit of Happyness

- September 21, 2009
Although some of us may seem confused and wondering what direction to take in our lives, we are all pursuing that happyness. I realise it varies for everyone, so today I ask, what is your happyness?

- September 18, 2009
Hey guys I decided to stop wavering back and forth on topics on this blog and I just opened a strictly popculture/entertainment blog where I hope to entertain y'all with celeb news, tv updates/reminders, new music/movies etc. So please try to support and stop by and tell everyone you know, have a lovely weekend!

- September 16, 2009
I love movies. Not all kinds of movies. You could say I am a picky movie watcher. In spite of all that, I'd say I watch a lot more movies than the average person but half of them noone's heard about. Anywhoos, as a professional single, I try to go to the movies every week and since I returned I go Fridays. I couldn't go last week because I had exams so I went today and saw I can do bad by myself and 500 days of summer. I like movies that make me think and these two movies made me think.

I CAN DO BAD BY MYSELF

This was a very good movie coming from Tyler Perry's stable. I usually feel like his movies are lacking something (well depth) and are very preachy. I get the audience he is trying to reach but nyeh it's just not my cup of tea. Mary J was looking absolutely awesome in the movie and she sang a song in that movie that I want - I can do bad by myself- truer words have never been spoken. We all have issues and sometimes it just makes us be self destructive and s…
3 comments
Read more

Music on my Mind on Monday

- September 14, 2009
Hey guys, I have nothing to blog about so I thought I'd share some of my current favorite music ( you know how i love my music)> I'll youtube some and the rest y'all can look up if you want. Have a lovely night/day.

So for those of you who know, Imogen Heap's Hide and Seek is one of my favorite songs of all time --- http://www.youtube.com/watch?v=Y4OLQB7ON9w --- Some young man has decided to add a hip hop twist to it and i like it also:

Jason Derulo - What you say? ( The foolishness of men, there's a line where he goes: "Don't want you to leave me, even though you caught me cheating) lol

Most of…
4 comments
Read more 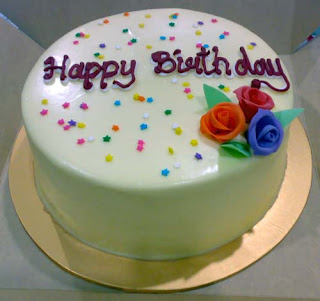 In exactly, 3 hours and 45 minutes I will be 27. I wanted to use the opportunity to say Thank you Baba God for letting me see another year (hopefully nothing happens in 3:45, lol), I want to thank you for my family and my amazing friends. I remember my journey from the minute I turned 26 to this year and I want to thank God for everything, both good and bad. I am grateful for the lessons I have learned and hope to grow even more this year.

Alright, that being said I will start my day by going to church and lounging till class time and after class tomorrow, it's on and popping y'all. I'm gonna find somewhere to dance and have a good time like the true Virgo that I am. Thank you fellow Bloggers for all the nuggets of wisdom, food for thoughts and encouraging words that you guys always provide. Later y'all and feel free to write nice well wishes for me :D
12 comments
Read more

- September 03, 2009
I am in class all bored and stuff with A LOT of stuff on my mind, sigh. I have done blog rounds and visited a lot of bloggers for the first time, so I decided to just write out some stuff I can share.

- Are there people out there who don't suffer from procrastination? I need to get on whatever it is they are on. It's like I know what I need to be doing and should be doing but I just don't, it's the most amazing and infuriating thing.

- So you know the stereotype of how most Asians are small and skinny. When I see a fat one, I usually wonder how they feel and if they feel like they have failed their race. Oh yea, Fat Asians make me uncomfortable (It's my random, sue me)

- I used to LOVE the show, Friends. I still love it, actually it's my favorite comedy and second favorite show (behind Six Feet Under). Never missed an episode when it was on. I had the soundtrack cd to the show, I'd watch the reruns like I hadn't seen it ten million times, I'd say thei…
15 comments
Read more

- September 01, 2009
It's a new month my fellow bloggers. It's the beginning of the bestest month in the world, my birthday month!( Have I mentioned how much I love birthdays? just everything about it, living to see another year, the gifts hehe, woohoo!) Anyways to commemorate I thought I'd write down a list of my do's and dont's..

I DO believe in working hard and giving it your all.
I DON'T believe that's all that's required to be successful.

I DON'T believe being gay is a sin.
I DO believe acting on it is a sin.

I DO believe people make mistakes in life.
I DON'T believe in making the same mistakes over and over again.(learn from 'em dammit)

I DO believe in respecting your fellow human being.
I DON'…
6 comments
Read more
More posts